IBC Q1. Do you think any other title could justify your book, Shilpa? The Elephant Chaser’s Daughter just seems perfect for your book, doesn’t it? How do you see it, not as an author, but as a usual reader?

Shilpa Raj: The current title of my book is very personal to me because of the relationship that I share with my father which actually grew with the process of the book. During the seven years that it took for me to work on the book, I spent a lot of time interviewing my father and learning more about his life as an elephant chaser in a way that I had never known before. That was why this title appealed more to me as it brought out a part of my identity, that being as my father’s daughter. I had previously considered ‘Broken Shackles’ but I found it too commonly used and not as personally appealing as ‘The Elephant Chaser’s Daughter.’ 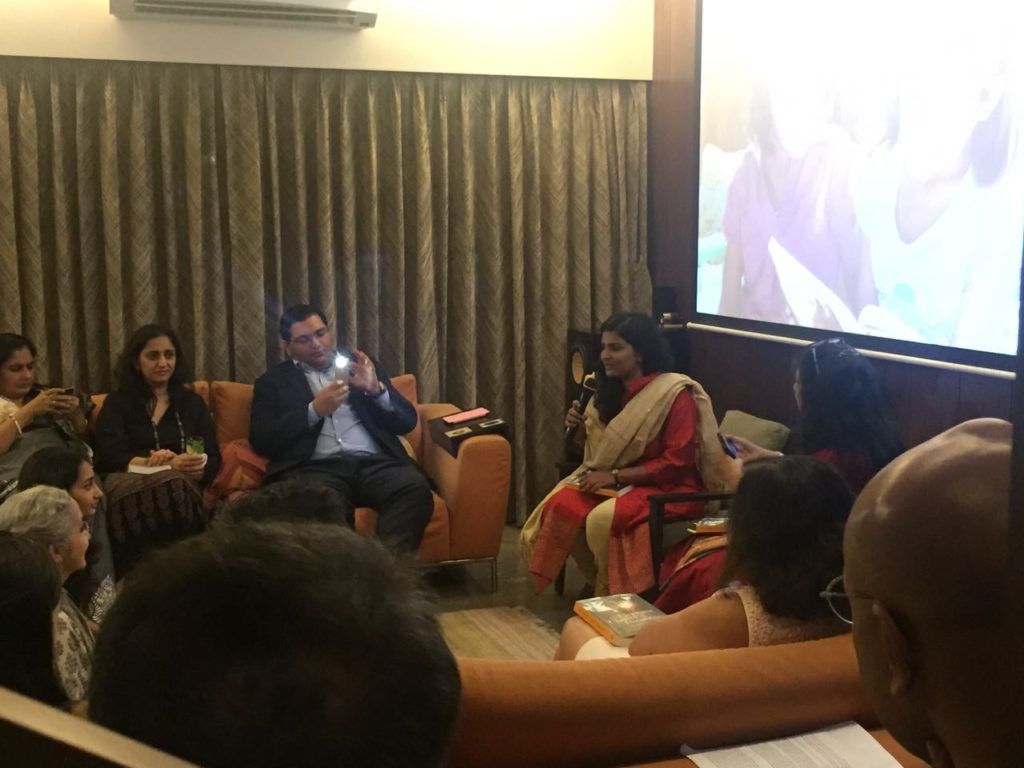 IBC Q2. You have discussed the episode of yourself being picked up for Shanti Bhavan schooling in detail, Shilpa. Would you like to share with the readers something you did not mention in the book about that?

Shilpa Raj: I have indeed described how I came to be selected to Shanti Bhavan in much detail, throwing light upon how my immediate family members and others in the community reacted to it. I don’t think there is anything else that I should have shared to add further to this episode. Probably, I could have spoken more in depth about how each individual in the family felt about my going away without deviating too much from the story and slowing the pace of the narration.

IBC Q3. How fascinating and challenging the journey has been from a Shilpa who used to write short stories for her friends to the Shilpa Raj who has written a book and made her presence among the authors with a vision?

Shilpa Raj: It has indeed been a very rewarding and exciting journey. I was overwhelmed when I held the hardcopy version of my book in my hands for the first time. I realized at that moment that my dream to be an author had indeed materialized and was now before me in the form of my story in print. It has only encouraged me to continue to pursue my love for writing and eventually go on to explore other genres too. The joy of seeing a dream come true is always liberating and wonderful.

IBC Q4. Some readers have suggested, Shilpa, that your book can also be called a fiction with a first-person narrative because you memoir has every element in it to be called a perfect fiction. How do you see those remarks coming your way?

Shilpa Raj: I never intended to write ‘The Elephant Chaser’s Daughter’ as a fiction because it is in its rawest form a memoir by all means. But I can understand why others might feel that it has a fictional touch to it because of my childhood recollections and narration of other character’s inner thoughts and feelings. I have described them the way they were portrayed to me and as I understood.

IBC Q5. Shilpa, when you came to know about the past of your family and the silent witnessing (what they have done all the way), what was your reaction to it? Even in this modern day world, this is happening. We often tend to react surprisingly towards people we think are lower than us. What’s your view on all these?

Shilpa Raj: For a long time I felt like an outsider to my own family but after learning about their story in such depth and experiencing their sufferings in both first and second-hand perspective, I grew into someone more than just a witness to their predicament. I realized that their story was a part of mine too just as their joys and sorrows are. What I learnt about my father’s difficult childhood only made me respect him more and I stopped judging him as harshly as I used to do when I was a child. I did feel angry that the society saw families like mine as lowly or belonging to the lower caste especially when to me caste is non-existent in my mind. I think of caste distinction as a way to oppress others.

IBC Q6. The Elephant Chaser’s Daughter challenges status quo of the society. You have directly confronted the orthodox views. Would you like to carry on doing this in your next books? How challenging is it for you as an author?

Shilpa Raj: As a writer who believes in talking honestly about life and its challenges, I feel very strongly about using my voice to talk and reflect on the harsh realities of life with honesty. I feel that I have a duty as a writer to serve as a voice for those who go unheard and I plan to do so by upholding my social conscience. Authors, journalists and social activists are always at risk of being silenced for they serve as voices for the masses and there are many out there who are threatened when the masses gain power. I am not blind to the fact that there will always be hurdles but I am determined to never give up my voice in fear of those who are afraid of it. But I am not keen to attack anyone personally.

IBC Q7. You have been writing short stories for long, Shilpa. Now that you have written a memoir of yourself, how do you see writing both the genres – fiction and nonfiction? Which came easier to you and why?

Shilpa Raj: From a young age, I always had a wild imagination which I put to good use whenever I was asked to tell stories to the younger children in my school to keep them entertained during free time outside class. I enjoyed that very much. Fiction is always easier to write compared to something as personal and intimate as non-fiction, especially when it happens to be your own life’s story. I was very self-conscious and that was indeed a problem for my writing too in the beginning. I was too scared to reveal myself to others, leave alone complete strangers. But over time, I mustered the courage and realized that this book was not just about me but also about all those children out there who would love to be heard and listened to. As I grew older and matured both as a writer and an individual, I realized that this book was larger than just myself. It wasn’t just about me.

IBC Q8. And what the readers can expect from you next, Shilpa? Do you want to drop any hint for the readers of The Elephant Chaser’s Daughter?

Shilpa Raj: I’ve been thinking about compiling a collection of short stories based on the lives of several people I’ve met in my life both within and outside my immediate family and my Shanti Bhavan family. I want to try to write those stories with a touch of fiction.

IBC Q9. And at last, what’s your message for the readers? And especially those female readers, Shilpa?

Shilpa Raj: I have realized through my schooling at Shanti Bhavan and with the publication of my book that there’s nothing more liberating than personal empowerment. I was fortunate that in school the staff didn’t just focus on teaching me the basic literacy skills of reading and writing but took the time to help me develop my personality and build my self-esteem and self-confidence. I hope other children benefit from this approach to educating and bringing children up rather than just pushing them to pass school with high scores without emphasising holistic personal growth and development.

As a woman, the voice I’ve found through my education and now as an author has given me great confidence and courage to continue fighting for what is right and put my talents to good use. No one can take away my knowledge and voice from me.