A Promised Land by Obama: Review 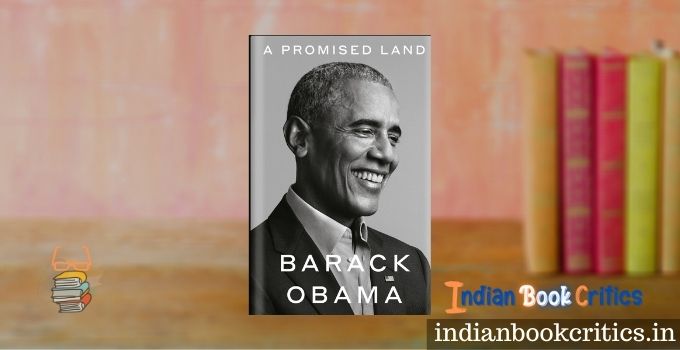 “He was most interested in talking about Iran, which he rightly viewed as Israel’s largest security threat, and we agreed to coordinate efforts to prevent Tehran from obtaining a nuclear weapon.”

And this might not be seen as something to be termed surprising or even abnormal. However, two things become very clear even if we ignore the third one. The superpowers in the world behave the same way irrespective of the leadership at the helm of the administration. Obama is writing about his first meetings and discussions over the phone with current Israeli PM Netanyahu. And you can easily perceive from the tone of the two world leaders (by reading the text quoted above) that they fear (or try their best to make others afraid) seeing a country with lesser resources getting hands on the nuclear button. Why? Superpowers with control of amazing nuclear weapons cannot see other countries acquiring the same… and it has its reasons. Obama… the person who led political and military riots in many middle east nations… certainly cannot preach on world peace, today.

The book that concerns, A Promised Land, is nothing but a protracted record of Obama’s tenure as the president and a little from his life before. He has been the good saint in his own book. He had not measured his words in describing whatever he wanted to do and the book should be ridiculously boring after the first few pages for anyone who is accustomed to reading literature that makes sense or, at least, pleases the reading senses. This one, in short, is for the readers who are very much into politics, love Obama for reasons known best to them and have political affiliations or allegiance to the Democrats in the USA.

The book is unnecessarily long. It seems that the author has spent a very good period of time mulling, pondering and then finally writing this book. The book has created a few political hotspots in the Indian politics because it has given the acumen to those who are against the Congress party in India – Rahul Gandhi has been mentioned as a person who is not so mature, a naive politician. And, to be frank, this is the reason behind the mass popularity of this book in India, even in the political system and politically aware readers. Otherwise, only a few ultra intellectuals like Tharoor and Sanjay Jha or even Kejriwal only could have had their hands on this orgasmic piece of political literature or politically biased autobiography.

If you have come to read these lines:

“… he posed no threat to her forty-year-old son, Rahul, whom she was grooming to take over the Congress Party.”

“But there was a nervous, unformed quality about him, as if he were a student who’d done the coursework and was eager to impress the teacher but deep down lacked either the aptitude or the passion to master the subject”

“Most of all, India’s politics still revolved around religion, clan, and caste.”

So, Obama has been observant enough while mentioning the excerpts from his Indian tours that he could recapitulate.

To conclude this book review, hardly one professional and meaningful as I could remember, I am not a huge fan of politically biased books. A political book may be a good piece of literature only if the writer is ready to put his or her ego out of the text. Obama, to be honest, could not do it. His book is not even like a boring movie that you can somehow tolerate. So, if you are really interested in reading something political, then only you should invest your money (which is way beyond other books) in this one. All the best!

A Promised Land by Obama: Review

Political. Selective, largely. Elongated recapitulation of biases and anecdotes that make one look gigantically magnanimous and others buffoons.