An Era of Darkness: The British Empire in India by Shashi Tharoor – Review 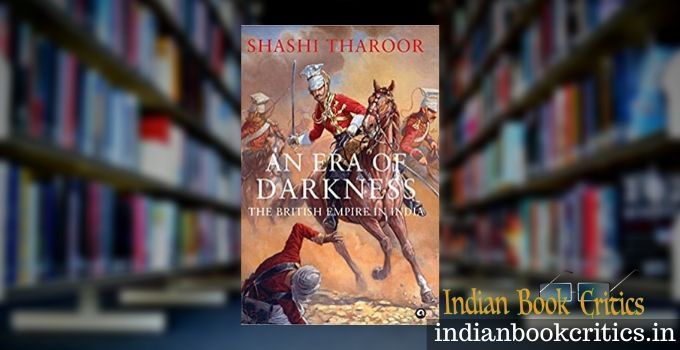 Shashi Tharoor, who is famous for his dexterity with women, is a well-known scholar and as an author, his name has already crossed the geographical boundaries of India and reached the nations far off. Tharoor’s books have created quite a notable impact on the readers from India as well as other nations. His literary contribution, in terms of intellectual and aesthetic widening of the horizon of Indian English literature, can be a subject of conjecture. However, it is for sure that Shashi brings new things, traditional things in innovative ways as well as peculiar experiences for the readers. This is something no one can extract from his credits’ list. Today, I will be discussing his acclaimed book An Era of Darkness: The British Empire in India, published in 2016.

An Era of Darkness reveals or rather breaks open what has been hidden for many decades by the ‘liberal’ historians of India who could not realise that they were doing a great disservice to the nation for the reasons they knew the best. British Rule, except its further digging into the divide already existing in India because of Mughals, did not bring anything constructive to the country. However, the academia and the intelligentsia in the country always, continuously, played an active role of whitewasher for all the atrocities and bloody deeds done by the British in India. Tharoor, though very much a part of the Mughal dynasty whitewashers himself, ironically and to the surprise of many, found his inspiration after his exemplary speech in Oxford about how the British Rule was a disaster for India. His book is a result of the same speech as he reveals himself in the preface.

Highly praised by many who would do anything but not a disservice to the nation by calling the British rule anything else than a disaster, An Era of Darkness has been criticised by many who have called out Tharoor for his remarks, references and utterly singular reliance on Will Durant’s and others who, according to them, cannot be trusted as authorities. However, these scholars who criticise Tharoor must tell who are the concerned authorities when it comes to the British atrocities in many countries in the world during their blood and empire thirsty years? The British themselves? What a baseless idea it would be to ask the murderer who should be the ideal judge for him!

Shashi Tharoor has divided his book into 8 different chapters and one must read chapters 2, 3 and 5. These chapters expose and tear into the hype of British rule’s advantages that India had, supposedly. I would buy the book and read it even if only these three chapters were there in it! Such powerful is the impact of these highlighted chapters in this book, An Era of Darkness: The British Empire in India.

Shashi’s language is perfectly in synchronisation with his towering style of writing in this book. Usually, I have found Shashi’s intellectual exertion glorifying the unglorified and praising the despicable. However, it seems one of those rare occasions when this learned, an intellectual and graciously-given disciple of Sharde stands up for the right cause putting all the ideological and compulsive behaviour on the sidelines and doing what needs to be done. I don’t find any trouble with his references or with his foundation selections for this book. Moreover, Tharoor has duly given the appreciation wherever he thought the British deserved one. However, at the same time, his ideas can be challenged by anyone who could provide, with facts and figures, otherwise. For instance, when he writes about the ancient idea of India in chapter two, there are many things inviting my disagreement notionally. However, I will have to find facts and figures to challenge the author’s inclinations and thinking.

To cut short and to put it at the right place, Shashi Tharoor has done a tremendous and applicable work in his 2016 book An Era of Darkness and he needs to be commended for the same. I would rather say that the actual appreciation of his book would be reading it completely and then sharing the same with others who might need to be enlightened about the actualities of the British Rule in India. You can get a copy of this book from Amazon Kindle store or get the physical book of the same. Link is below:

Review by The Bull’s Eye Objectivity for Indian Book Critics

An Era of Darkness: The British Empire in India

An Era of Darkness: The British Empire of India is a 2016 book written by noted Indian personality Shashi Tharoor. The book retells the British atrocities on India a nation and Indians in this exemplary book.