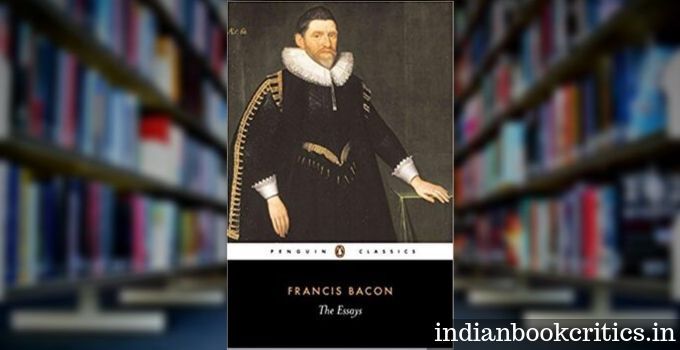 Francis Bacon is perhaps the most-debated essayist in the world (of course writing in the English language). He tried his hands in writing essays when England was bathing in the blood of tragedy on the stage. To the surprise of many, he succeeded in marking a spot for himself. He was also successful in winning the attention of readers in general. However, the importance of his writing and the unique qualities of it could only get its true reward after many years of his time. Just like Bacon was well-ahead of his time, the true critical acclaim he got came very late to him.

Undoubtedly, the most important and also the most popular work by Bacon was The Essays. The acclaimed edition was published in 1853 and it contained 60 essays by Bacon. The best thing about these essays is that most of them contain short but powerful lines – aphorism – and most of them have become very popular among the speakers of the English language and well-knowers of English literature. However, one has to acknowledge that the works by Bacon are in their own fine-tuning. He was a great philosopher but invented his own style of writing and perhaps fueled the initial ferry of essay writing… However, his works, to me and many are:

Bacon was influenced by Church and we find that limitation peeping through his lines, most often. Writing about truth, love, friendship, envy and even married life, his essays are largely influenced by Church, Christianity and religious limitations – where it has to be. And there is no surprise about this; there must not be any arguments on this – as a man writes what his upbringing and vision are.

Nevertheless, Bacon’s essays are seldom for conjecture and debates. His essays are the celebrations of the very art of essay-writing. He wrote with such authority that for the beginners in literature, his lines are often like gospels and cannot be subdued or defeated. However, once the readers go deeper into the web of his cunning sorcery, there is too much to be surprised or awed or wondered. At times, he might seem to pose as a cynic who hates marriage and at one moment, he might seem championing the cause of having kids and a wife who might discipline the best way.

Whatever it is, there are seldom the contenders who can challenge the mastery of Bacon’s craft of writing an essay. His essays on truth, friendship and studies – touted as Of Studies, Of Truth and Of Friendship, are world-famous. His lines, a few of them, are immortal, oft-quoted and literally as well as metaphorically wonderful. Have you read Bacon yet? It’s the time to get introduced to his art – buy a copy of his essays’ collection now. Link to Amazon India is below:

Essays by Bacon are wonderful, doubtful, amazing, dubious, cunning, pleasant and what not! Do read these pieces of non-fiction wonders before you fade away… like a fallen Avenger!