Those who are familiar with conspiracy theories, the old and the new ones, must be familiar with a name – Milton William Cooper. Popular as Will Cooper, the guy was famous for his wild, bizarre, intriguing and interesting theories (ideas) involving secret societies, UFOs, governments, war and much more. William Cooper’s fame rested on many things other than his book Behold a Pale Horse. However, for the sake of my interest in conspiracy theories and to offer the visitors of Indian Book Critics something new (and exciting), today, I am going to review a cult in the conspiracy theory genre – Behold a Pale Horse.

The original 1991 edition has about 500 pages. The book contains 17 chapters and 7 appendices. The famous Area 51 and the UFOs will interest many readers with an interest in the alien lives, conspiracies around it and the notoriety of the Area 51, touted as an alien-US Govt. joint operations base. William Cooper has not been very aesthetic in explaining, writing, annotating or commenting upon the revelations, secrets, conspiracies or claims that he has made. True or false is another debate. The writing style is direct, hurried and unorganised.

Coming to the relevance of the book in contemporary times, one can certainly relate to many things that the book proposes. Biological warfare, secret societies, shadow governments, lobbies that control policy decisions and many other things are there in the open. The memories of Covid-19 will not be over anytime soon! Cooper’s claims rely on references that he has added at the end of the chapters, secret files and documents that he has added at the end of the book itself. The book also makes shocking revelations related to the assassination of US President Kennedy. Once again, true or false is another debate. The ideas and opinions of Cooper are interesting and intriguing (on many occasions).

Behold a Pale Horse, on a serious note, is an alarming work of literature for the people in the USA (mostly) and European countries. It is about the conspiracy that is fatal, beguiling and troublesome for the citizens of these countries. A few powerful people control the entire nation – the idea itself is intimidating. We might have read many articles and watched many videos on such topics during the recent pandemic. Can it be true? Can this claim have any substance to it? This is for us to think, relate the contexts, connect the dots and find the conclusions. Cooper does not suggest any conclusions.

For readers from Asia (especially India), the book might only be interesting and intriguing… nothing more. Yes, readers who take an interest in conspiracy theories, shadow governments and secret societies will find the book a very good time-killer. So, are you one of those? Decide for yourself and pick a copy if the answer is yes. All the best!

Behold a Pale Horse by Milton William Cooper is a conspiracy theory cult piece of literature that will be interesting… yesterday, today and tomorrow! 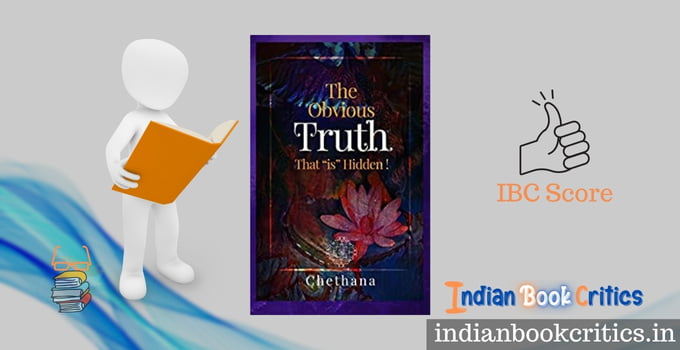 The Obvious Truth That is Hidden by Chethana – Book Review