How to Read Literature by Terry Eagleton – Book Review 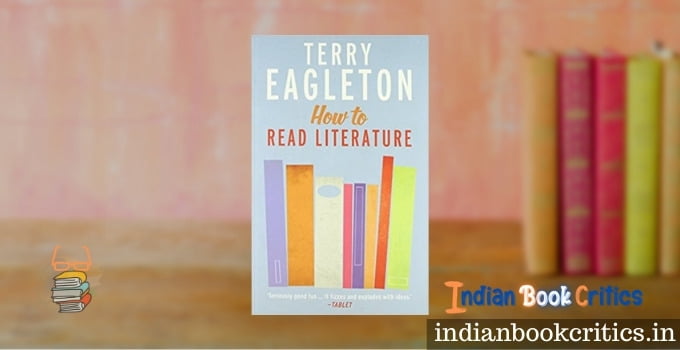 I have had my differences with Terry Eagleton. Well, Terry doesn’t take offence in disagreeing over something and that’s something one should appreciate. Recently (in fact today only), I read his book – How to Read Literature. Believe me; if you are just a beginner who thinks this book will be helpful for you in understanding the actual methods to read a piece of literature effectively, you are all wrong! It’s too difficult for the beginners in literature to read this piece of literature that supposedly tells you how to read works of literature… ironic, isn’t it? Yeah, but to me, it’s true and once you begin reading the book, you will feel the same (most likely). Though interpretations are totally unrelated and one can certainly come up with a different interpretation of the same text read by the guy before. Eagleton, it seems, is trying to strike a deal where many interpretations follow the same pattern…

Well, being honest, what’s alarmingly amusing in the book by Eagleton is his disregard for the beginners who want to understand and explore the depths of literature that they might miss because of their incompetence in interpreting literature. He does not offer a certain 1-2-3-4 way for anyone. He rather basks in the vanity of erudite scholarship that seems coming out of a literary pedant who doesn’t want to leak his secrets of knowledge sources. You will see it appear once you start reading the book. Though he has clearly divided his book into five distinct parts, he seems indifferent to those distinctions once his egoistic yardstick of intellect is fully erect! The five different chapters or parts in the book are Openings, Character, Narrative, Interpretation, Value.

“My concern here is to provide readers and students with some of the basic tools of the critical trade, without which they are unlikely to be able to move on to other matters.”

Though the above-mentioned lines appear in the very preface of the book, written by TE himself, you will seldom find him making it easy for the students and readers at all. His language is unfriendly and his style is too cryptic for a beginner to understand anything at all. Yes, the readers who have completed their masters and spent a few more years reading literature from different genres and by famous and emerging authors can understand Eagleton’s jargon in pieces, never as a whole. I personally believe that Eagleton is accustomed to making his text too subtle for the readers so that he can prove himself to be agnostic… after all! Strange.

“I do indeed have some wool – three full bags of it, in fact. That’s one for the master, one for the dame, and one for the little boy who lives down the lane. But none for you, you impudent bastard.’ ”

Well, can you find yourself (any bad day) in a position to bring out such an exemplary interpretation of the poem ba ba black sheep? If you can, then you are certainly in the league of people who can shake hands with our beloved political and literary critic Terry Eagleton! He is an exception who can make a moon out of a moron!

Having pulled the leg of the author who has made it difficult for the beginners to understand ‘how to read literature by reading a very clumsily written book for the standards of beginners, there are many things we can observe and understand why Terry Eagleton deserves the appreciation of advanced or experienced readers. He has brought out very interesting facts that we often discount while praising or bashing A Passage to India, the 1924 novel by E M Forster. Believe it or not, you will have to appreciate the connections that the author makes and suggests the readers look beyond the conventional corners while interpreting a literary text. Refer to chapter 1 to know more.

And, other than bringing out the mysteries behind A Passage to India being a subtle case of rubbed chestguards against the British colonial rule, there are many other things that Eagleton has done for the readers that might strengthen their reading skills. However, it has to be said and said loudly that it is not for inexperienced or beginner readers. You need to be skilled, analytical and advanced and should have read at least 100 books before reading and understanding the art that Eagleton brings to you. Are you really prepared?

You can get a copy of this book from the Amazon India website by clicking the link below:

How to Read Literature by Terry Eagleton – Book Review

Pedantic and erudite… you need to be, at least, a well-learned man in literature to understand what Eagleton is blurburing. If you are a beginner, you can read the first 2-3 pages to get the idea in each of the included chapters (5 in total). Other than the literary jargon for the beginners, he does make some sensible and very interesting points that might be construed very well by the advanced learners of literature.