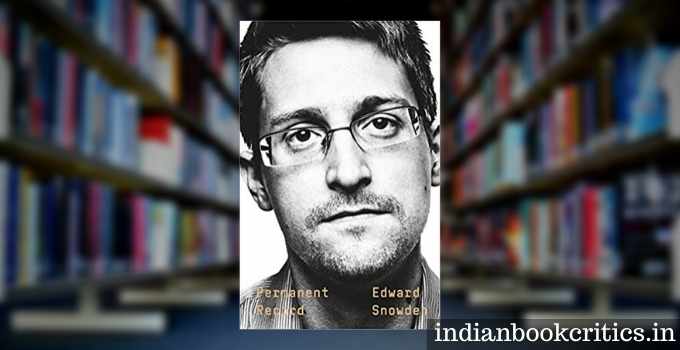 “To my surprise, I found that my name had preceded me. ”

What Edward Snowden has written in his book, chapter 3, has certainly been a way to describe what he has done of himself now. Snowden, for reasons obvious, has become a name that connotes resistance and a battle against data injustice – a battle that’s pro-people and anti-establishment. However, reading his autobiography gives many different impressions. It, at times, reads like a fiction written by a mature writer in which he writes about a protagonist who is Snowden of now and then. Can this be possible? Can this be a book that tries to justify the Snowden of now with a virtual Snowden of then? Well, you can only find out when you read the book. For now, I will offer my own interpretations and analysis of this engaging autobiography that I read recently.

“Remember, if you can, your own teen years. You were a hacker, too, willing to do anything to evade parental supervision. Basically, you were fed up with being treated like a child.”

Well, we see the glimpses of writer Snowden and a humourist Snowden who keeps his readers entertained and connected to the narrative. However, the readers who wanted to read something entirely different and explosive in his book will have to wait a little longer or just skip the pages until the book reaches the later phases of his ongoing life when Edward Snowden begins working with the NSA and CIA. The fun begins in chapter 11 and it goes on long until the book dies with the closing chapter. Those who want to interpret Snowden’s writing in various ways will find the book interesting, having multi-fold of things to convey and arousing – arousing in the sense that it attracted many sides of a reader in a single book.

Do remember that judging this book, as a work of literature, is certainly different from judging Snowden as a whistleblower or a person. Snowden has been at his best on many occasions in this book and those occasions, to be frank, are far more compared to downsides or downhills of the narrative in this book. He will entertain you and he will amuse you and he will tell you the best of the secrets in a way that you will love reading more. In short, the author of this book has been successful in telling the readers what he wanted to tell and making the readers read what readers could not have wanted to read… readers are happy and the author is happy and the critics will have many things to be happy and many things to feel otherwise.

In the chapters after part one ends, Snowden introduces the readers to his life with the CIA. He tells how did he join the intelligence agency and why did he continue. In telling these details, the author has been simple, prosaic and funny at times. He doesn’t let his patriotic zeal take the backseat when he discusses the death of Osama Bin Laden but a reader who is aware and interested can judge from his tone that he doesn’t see that as an achievement so big for the USA – for many reasons. His fancies and his disillusions with the CIA and his ambitions and anti-climax in the dark space have been recorded very well in this autobiography.

Shall I recommend this book? Yes, I will! The book is interesting a non-fiction piece of literature. The book is far more interesting when you know who the hell Snowden is and what it means to be him! Interested? Get a copy from Amazon right now; click the link below: