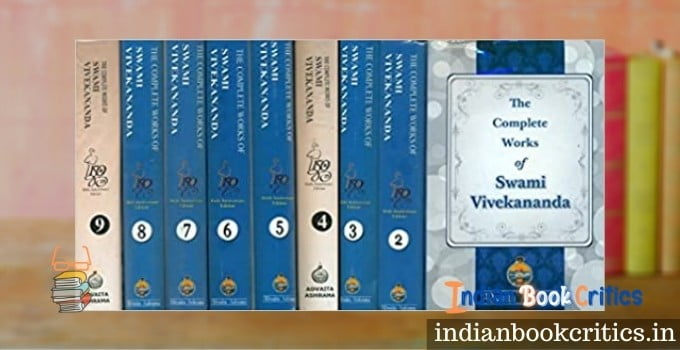 What could be a better day than this to suggest, recommend and write about this collection – The Complete Works of Swami Vivekananda published by Advaita Ashrama, Kolkata? Swami Vivekananda still, even after so many years since that historical and future-shaping speech at the assembly of religions in Chicago, finds himself as a leading figure who is idealised by the youths of the country who want to do something for others, something for the country they inhabit, something for the world. The collection, The Complete Works of Swami Vivekananda, comes in 8 volumes and each of these volumes contains writings, speeches, memoirs and letters spoken, written or noted by Swami Ji himself. And without a doubt, all these volumes are a must-read for any reader who wants to understand the philosophy of the monk who lived for the upliftment of others!

IN most of his works, Swami Ji talks about internal awareness, learning about oneself and talking to oneself to realise the internal strength. He writes about knowledge, belief, strength, meditation, nation-building, Hinduism, religion in general, spirituality and many other things that many other writers generally don’t deal with in their works. As a reader, most of the times, you will certainly be drawn to reading more and more, in a continuation, once you begin reading Vivekananda.

In brief, all those who want to begin reading Swami Vivekananda, and do it on his birth anniversary, you should begin reading him in a sequence – volume by volume and rather chapter by chapter – for at least first 3-4 volumes. After that, you should have an ideal position and then you can enjoy reading anything from anywhere when it comes to Swami Vivekananda. His writing is deep, almost enchanting and equally exciting because you cannot think about skipping any of the lines.

Vivekananda’s ideas were (and still continue to be) very important, revolutionary and, to a great extent, peculiar. I would like to invite the readers to read this collection of works by Swami Vivekananda and revel in the world of philosophy, a different kind of psychology and a very first of its kind spirituality. You can get the collection from Amazon India or get it from the bookstores near you.