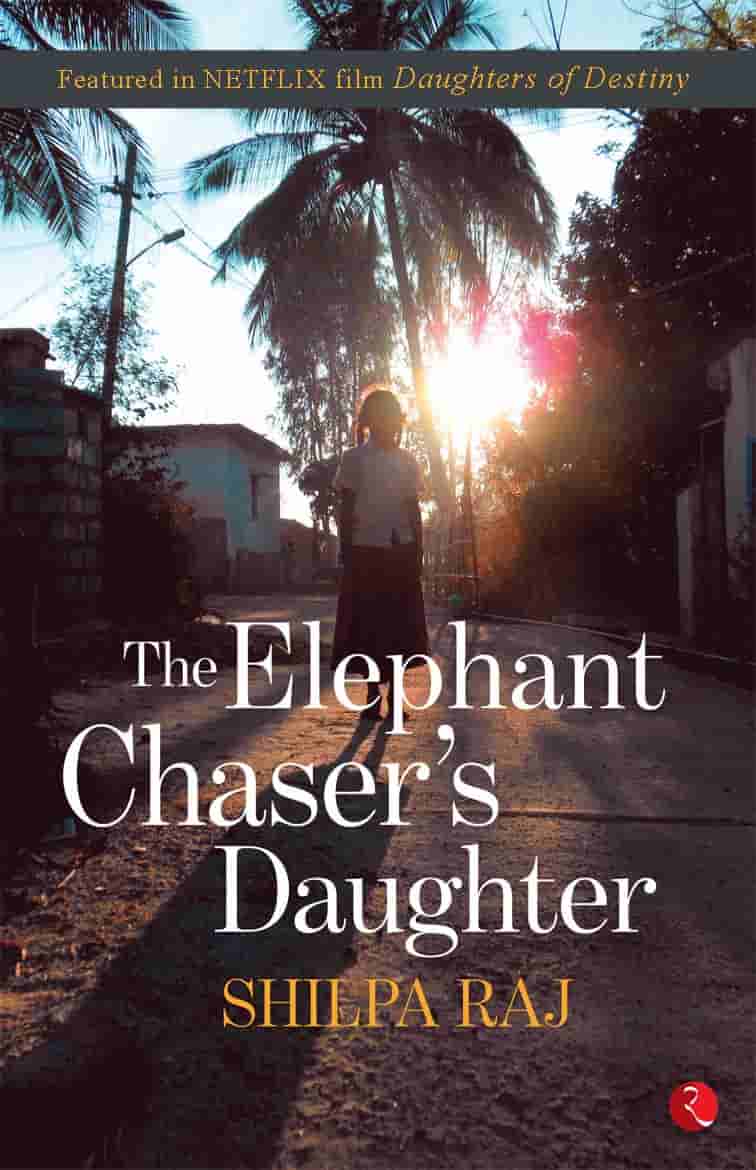 Shilpa Raj’s The Elephant Chaser’s Daughter has been released recently in India and in a very short time after release, the book has made a special presence. Not only the book, Shilpa Raj, as an author, has also secured a place for herself among the authors who impressed the reading community with their very debut. I have read the book and today I am sharing my experience with the book with you all.

Structure of the book:
Talking about the structure of the book, it has 18 chapters which run to 250 pages. The chapters have been titled metaphorically and mean a certain turn in Shilpa’s life. And as one could expect from a memoir, she hasn’t hidden any details from the readers. Whatever she has decided to share with her readers, she has been honest and utterly honest! Even the highly personal details have been shared very openly. In a way, a reader can see the book as a personal account of Shilpa’s journey to the present.

Themes in the book:
The very innate theme attached to the book is of individual freedom to lead the life. Around this main theme, there are other themes like caste based discrimination, sex-based discrimination, the social structure of our country, women safety and the conjugal life. And the best thing about Shilpa’s writing is that these things feature in the book spontaneously… Shilpa doesn’t have to summon these things specifically. She goes on narrating the story of her life and keeps hitting the readers’ mind with the striking opinions and details.

The plot of The Elephant Chaser’s Daughter:
Since the genre Shilpa Raj has chosen for her debut book is memoir, you cannot expect her to follow a certain plot. She has told the readers about her life and she has done it in the best possible way. She goes on narrating about her life in the first person and sometimes, she also features the memories of her father, grandparents and her mother as well.

Credentials ascribed to the book:
Shilpa Raj, with the publication of The Elephant Chaser’s Daughter, has become the first ever Dalit woman to have written a memoir! Her book and Shilpa herself have been featured in the Netflix Original’s web series aired recently, Daughters of Destiny. The author has made for herself a national and international acclaim. Her writing has been praised by the critics and the readers.

The Turning Point in the Book:
To me, the important point in the book was when Shilpa Raj, the narrator as well as the main character in the book, decides to carry on with the studies at Shanti Bhavan in stead of settling with an affair with her uncle and making a marriage. By this, Shilpa becomes an example for many of the girls out there who decide to put the dagger down and accept the fate. The Elephant Chaser’s Daughter is not the story of one Shilpa Raj only; this is the story of all those brave girls who turn out to be splendid women and take on the challenges that this society throws towards them. Today, Shilpa is a postgraduate girl ready to be a professional!

The Verdict:
This is undoubtedly a must read book by all the means. You must have been reading and enjoying the fictions which offer you a moment of fancy and transport you to some wonderland. Read this real book – read this journey of truth – read this struggle of a girl who belongs to a suppressed community but dares to look the world into the eyes! I am sure The Elephant Chaser’s Daughter will send the ripples to a very far distance and make the world realise what have we been missing and what do we need to do.

The Destination:
Jump to the link below and buy the book and start reading this wonderful debut work by Shilpa.

She has been honest, to the point and direct as much as she could be at her best! A must read book!