The Forgotten Shivlinga of The Sati Shaktipeeths – review 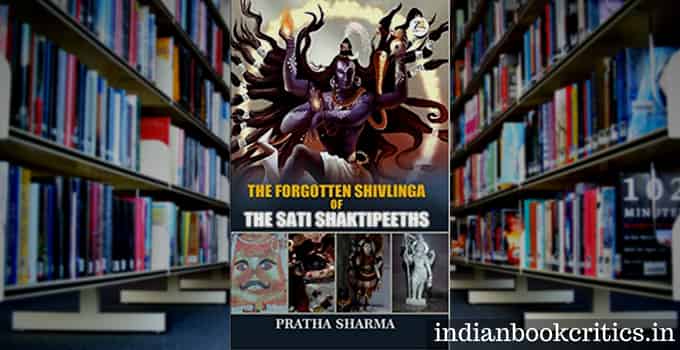 Being honest, I will say that the research behind this book had must been too tough for Pratha Sharma because she has brought interesting facts (which will make us go through many sets of thoughts). Shaktipeeths – Adi Shaktipeeths, Maha Shaktipeeths, Shaktipeeths and also those different kinds of Shivlingas – Swayambhu Shivling, Shivlinga at ground level and those above ground level… the connection between Shakti and Linga and so on… Pratha’s book is a short but compact one filled with knowledge, facts and an emotion of being bereft of something very important to us.

The main motive of the author behind writing this book is to bring to light and the popular talk the forgotten history of the Shivlingas which used to be found beside the Shakitipeeths in India and other countries (a few like Nepal, Srilanka). I am impressed, certainly, by the research she has done.

Moreover, there is also a tacit current in the book which the readers can certainly feel. We have forgotten, the author comments, even about the co-existence of Shivlingas and the Shaktipeeths. For this, she puts the odious onus on the barbaric invasions and the tyrannical rules that India had to undergo at the hands of the Mughals and the British. She writes:

“However, unfortunately, the idea and the core concept of the existence of such a Swayambhu Linga got erased from the public memory in the aftermath of the most ferocious and barbaric invasion that has ever existed on the known history of earth.”

And for this, I will certainly agree with her because the Shakti-Sthan that is near my village in Madhubani, Uchhaitha or Durgasthan, has all the deities and Goddesses with their heads cut by the Mughals! What’s that?

Readers, if you are also interested in knowing the concept of Shivlingas at the Shaktipeeths and generally know a lot about the various Shaktipeeths in India, you can have a copy of this book from Amazon India. The link is below which will open in a new tab.

The Forgotten Shivlinga of The Shaktipeeths

The book presents to the readers a fact-packed research which opines about the co-existence of the Shivlings in the ancient Shaktipeeths of India. Though a debut book by Pratha Sharma, the book has interesting content which the spiritual and religious and even the general readers will certainly like.