The Politically Incorrect Guide to Islam (and crusades) – Review 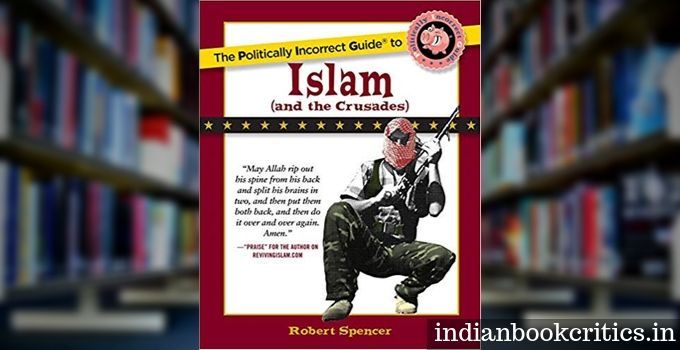 The best thing that happened to me, fortunately, is that I was born into a family of tolerant Brahmins, Hindus, as matter of fact, who believe and have been traditionally believing in a system that does not preach hate and terrorism and ‘conversion’ in any case. Robert Spencer has written many books and enough of literature on ‘intolerant Islam’. His books are popular and unorthodox and also hated by many. Today, I am writing about his book The Politically Incorrect Guide to Islam (And the Crusades). Published in 2006 by Regnery Publishing, the book caught fame internationally as well as drew criticism and flak by Islamists and Muslim clerics.

In terms of content, the facts that Robert Spencer presents in his book are mostly interpretations of his own. However, he has also added the ‘factual interpretations’ by some of the well-known experts on Islam and ‘Jihad’ – a much-debated part of Islam and Quran. Spencer directly blames prophet Muhammad of violence – participating in it and enticing it. He begins with the battle of Badra and gives his thought line to the readers. Moreover, he also goes on to juxtapose the teachings and words of Muhammad with the words and teachings of Jesus, the supposed son of God himself. Well, talking objectively, yes, Robert is right in claiming that Islam, consciously or unconsciously, preaches hate and violence against the non-believers; no one with a sane mind in the world can deny this fact. Robert Spencer has walked that extra mile and researched more and more into Islam to come out with books loaded with facts and interpretations that almost become irrefutable.

Robert says that Islam was propagated by crusades – he is right. However, he cannot give the moral upper hand to the Christians in this regard; Christianity also propagated by the means of crusades, we all know that. We all know why the Knights existed! His analogy of two distinct ways of the same Abrahamic path cannot be valid if he does injustice to one. Yes, Christians are rather peaceful and they seldom call so openly for violence, whether scriptures or literature, as Islam does.

Mr Spencer has done one thing very well. He did not give too much of space for the critics to call him out in the terms of his content. His research on Islam and interpretation of Islam, the way he wants to do, is backed up with content – up and ready – and he can be challenged only intellectually but could not be done so. He was rather criticised vehemently based on pure rhetorics that only assert the fact that Spencer is right in what he believes and is convinced of and tries to convince the world of. He is right when he writes that intellectual Muslims are only covers or the camouflage for the hardcore jihadis who wage war against the non-believers across the world.

The Politically Incorrect Guide to Islam (And the Crusades) is a book that enthusiasts, as well as experts in Islam, must read. This exposes the hypocrisy of some and tries to bring light to some who are ignorants even after the formation of purely religious terror organisations like ISIS and Jaishe-E-Muhammad. However, the author might seem to pose in a battle between Islam and Christianity and whenever Robert seems doing so, he is exposing his own agenda of proving that Islam is bad and Christianity is good – and that, to be frank, belittles the broader perspective of the book. Nevertheless, the book is a very useful guide for those who are still believing that Islam preaches peace only – to be honest, a religion that believes only one God and thinks of others as criminals and kafirs, can NEVER be peaceful – and Robert is entirely right there!

You can get a copy of the book from Amazon India and read it for yourself.

buy the book – click here to get a copy