A Carol of Him by Twisha – Review 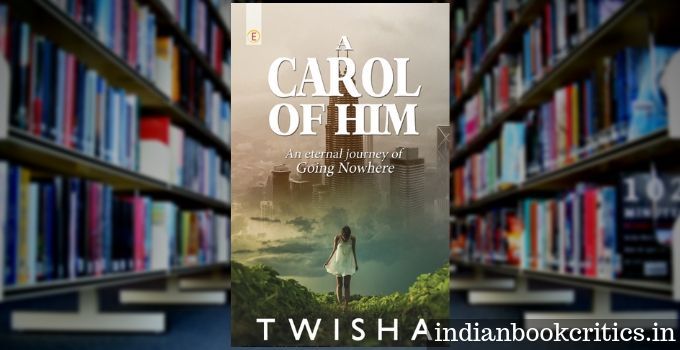 Carol Sinclair’s sentimental journey has been recorded in the novel A Carol of Him by a young novelist, a teenager, in fact, Twisha. Her interest in reading philosophical writings has led her to write this novel and she has done quite well according to her age. Undeniably, the novel might become even more had she done it in a better way – but whatever has been done is amazing and makes the novel quite a class for the readers who love to read emotive fiction. Yes, the reading section of this novel is very limited because most of the actions take place inside the mind and heart of the protagonist.

The novel begins in Portland, USA. A happy family is introduced of which we know the reality as soon as we know that Carina and Edward are mulling to send Carol to a boarding school because they cannot contain her or she wants more freedom than what they might have given her already. The readers can sense the affection that the novelist has for Carol by the dialogues and by the monologues in the novel throughout. The novel is all about Carol and her thoughts and her decisions and her ultimate destination. Many people come and go in her life and almost change like our shadows change with time – short to tall and then tall to short and then vanished at the nights to reappear in the morning.

“Addiction is dangerous; it can make minds run on [an] abnormal pace.”

Thoughts like this can be found scattered here and there in the novel and those are pretty well-thought. The one thing that readers will remember after reading this novel is the striking writing capacity of the novelist who has just passed her high school examination (class 10). She might have attained this by reading a lot or by thinking a lot but the fact that she has actually done it and created a protagonist like Carol with serious flaws and qualities is absolutely commendable!

Critically, the novel A Carol of Him exhibits the qualities (I am not comparing) of Jane Eyre, at least in the style of the protagonist, to a little extent. Jane is a thinker and so is Carol. However, Jane is mature in her decisions but Carol is naive and she slips into her own decisions more often than not. Nonetheless, the protagonist drags the novel with all its merits and demerits alone on her shoulders. Going to the medical institution in Pennsylvania to visiting the religious place Nazareth, Carol is at the centre of the actions.

The plot of the novel is not very mature. It lacks depth and layers. Language is manageable and will keep the readers of a certain section indulged. You can read this novel if you don’t get impatient with the inaction of slow action in books you are reading. All the best!

A Carol of Him

The novel is for a certain group of readers who understand the importance of narrative and protagonist’s influence on the fiction they read… it might not exhibit pack of actions but it does attract otherwise! Inaction speaks here.