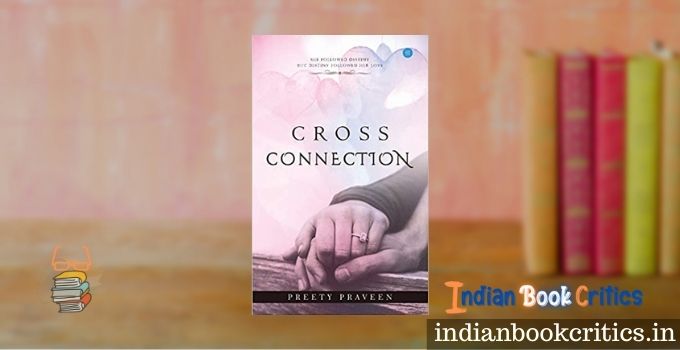 “In 90s, it was a trend among the Indian parents to push their kids for either becoming a doctor or an engineer.”

This revelation is there, right in the prologue of the novel Cross Connection by Preety Praveen. And I totally concur because, even though I was a kid, I can remember many incidents where kids were pushed to prepare for the grand careers their parents chose for them. Well, the novel is not about parenting and raising kids or about child-parent relationships either. Cross Connection is a love story, a love story of a different kind – agirl from Punjab and a boy from Kerala. Well, before you jump the gun and call it a version of 2 states by Chetan Bhagat, it is not. The novel has a clean story, without alterations and it is based on the real-life experience of the author herself. However, the author has also tried to include many things other than a love story in the book.

The storyline tracks events circling around Simar, the female protagonist and Naveen, the male protagonist. Simar is from Punjab and Naveen is from Kerala. Naveen is an engineering student, senior to Simar and Simar is a BDS student. Usual campus scenes are there in the novel with small to bigger feuds, fights and romance. However, the novel gets into the depths of the process of falling in love and it gives the readers many occasions of emotional exchanges between the protagonists and other characters and between them as well.

Anecdotes and minor episodes are, sometimes, also wonderfully designed by the author and it is worthy to note her honestly while reshaping her memories into the episodes of a novel. The natural flow of events look better compared to a totally made-up incident which seems too far-fetched, often found in the novels by younger novelists who write romantic works.

“Neither of them left any chance to show their anger. The funny part of their fight was that nobody knew why they were fighting.”

The occasional fights between youngsters living in the campus hostels decorate such novels and this happens in Cross Connection as well. However, the shift from feuds to falling in love has been planned in a way better way than many other debutants could have tried in their works. I have read many romantic novels set on the campus but this one has something different and one would surely get a hold of it very soon. The novelist has been straightforward most of the time and she has described the incidents involving the protagonists in a simple, eloquent and attractive (as well) manner. The love story that develops between Simar and Naveen is romantic and emotional and realistic too. You will certainly notice the elements of realism coming out of the shadows of fiction and an average reader can also find out that the days lived by the author and her love interest (and vice-versa) should have been splendid enough to give rise to an elongated fiction.

Language, style and plot journey has been no-nonsense and the work would be suitable for any reader even with basic linguistic abilities. And it is good if you realise that modern readers want the meat of the story without the need to cook or prepare it for the grand gala. Cross Connection gives you that! In simple terms, this is a romantic novel that involves emotional development rather than throwing away sensual episodes to keep the readers enchanted. If you are one of those readers who like romance with hearts involved, you will find it according to your tastes. Get a copy from Amazon India right now and enjoy the work!

Meant for those who love simple, minimalistic romance with the rising feud and falling in love followed by it… a campus novel.