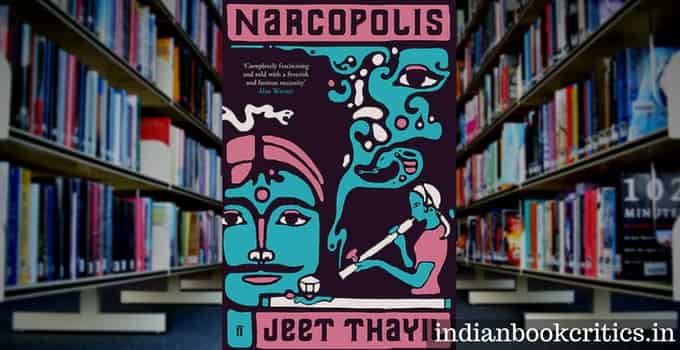 Narcopolis is a 2012 novel written by famous Indian poet and novelist Jeet Thayil. The novelist has selected the time of the 1970s for his novel, the debut novel as well as the Booker nominee work. According to Thayil’s own talks and also some of the readers have discerned that some elements in the novel draw their weight from Jeet Thayil’s own life at the same time as suggested in the novel. Yes, the author admits that he also was addicted to drug and alcohol and he wasted some years of his life in this.

Much can be said about the content of the novel but I would rather leave it for the readers to find for themselves. What I want to do is drawing the attention of the readers of Indian fiction towards the point that Thayil’s work is rather a work of serious literary art and not the momentary flame-buster gas which sees its effect deceased after a month or two. The novel is written with a dignified standard and readers will be taken to form some serious opinions as they read the novel. What effects do opium and drug addiction have on human life? Are we humane enough to be called human beings? What was it like being in the mayanagri during the pop years of 1970s?

Thayil, in his Narcopolis, has revealed whatever he could to warn the men and women of the day. And sadly, the narrator in the novel finds that nothing or very less has changed and the story is still like those days when the narrator flew from the city. A regret and a sense of guilt can easily be felt in the wonderful narrative employed in the novel by Thayil.

Narcopolis has been nominated for the Booker Prize the year it was published and it deserved to be there, without a shred of doubt. However, it is sad to see that readers of the day (most of them) are not much interested in reading the fiction which could yield something more than mere entertainment and the book only got the publicity deserved after being in the limelight for its Booker connection. Nevertheless, Thayil’s Narcopolis got to the reading table of many serious readers and it also maintained the standard set by itself. Many readers and critics have told that the book is wonderful and it must be read by the youths of the day, especially.

Jeet Thayil’s debut novel has shown once again that a poet’s novel and a novelist’s novel has a little difference. His language seems like a flowing river which will please you and bind you in a kind of textual mesmerism. Moreover, the way Jeet has perceived the things in his book, of course through his characters, is remarkable. He does not let you feel dragged or down anywhere in his novel. There is nothing more to be said about the theme as it is broad enough for the readers to revel. However, the plot is a little straighter than being twisting. You go through the past and you come to present once again to find the things changed and things unchanged. You will have an easy but amazing read!

Get your copy of this wonderful novel Narcopolis right now from Amazon India:

Haven’t you read Narcopolis yet? It’s time to read this great work by Jeet Thayil and you will remember this read for a lifetime!