One Night at the Call Centre by Chetan Bhagat | Book Review 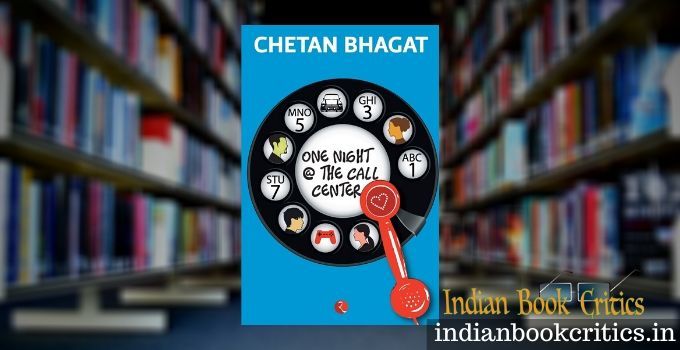 It was, perhaps, the very first title written by any Indian novelist that tried to bring forth the issues related to youths in India to the mainstream writings in the 21st-century. Here, One Night at the Call Centre takes up the issues related to the young Indians who earn, who learn, who dwell in the metropolitan cities and who dream. In simple terms, Chetan has written for them who will read it and has skipped all those who may never read his work published in 2005. In this review, I will try to bring to light the issues related to this novel and the relevance of this novel today and also my final impressions of this work by Chetan. So, fasten your mind-belts and slip with the thoughts below…

Today, as it stands, Chetan Bhagat is a best-selling Indian author and also, perhaps, the ‘best’ selling one. He has written several novels and also a few non-fiction books and earned a lot of fame as well as notoriety by those publications. Today, however, I will talk about his famous book ‘One night at the Call Centre’ that has tried to portray a picture fo reality that we have to witness in BPO sectors in India. Well, as no one in the writing industry knows the art of ‘selling’ a novel better than Mr Bhagat, therefore, you might be looking forward to seeing things which might be unnecessary in terms of fiction aesthetics but must-be-there to make the novel change hands fastly. If you are reading Chetan, embrace yourself for the unexpected. 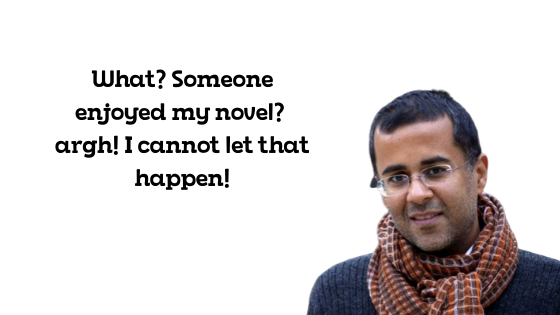 The Novel:
A typical Chetan style story that binds the interest of young readers and tries to keep them curious enough to engage with the text. However, over-infiltration of sentiment in this novel may certainly have caused the damage. A few friends working in a call centre share a very happening night that changes their future. The novel, on a serious note, tries to bring to the front the problems that we have in terms of our habit of being the dump yards of USA companies by playing the support for their products that either don’t sell or don’t work if sold. On the romantic front, a few of the friends in the novel are heart-broken and a few of them are ready to break their hearts. 2005 and the years ahead, up to 2012-13 were the years that changed the entire scenario for youths in India. The novel tries to capture the essence of that change as well. Chetan Bhagat, coming to his trademark style, doesn’t leave any chance ‘ungrabbed’ when it comes to objectively women in his novels. As the novel is about to end after that night of ‘teachings from God’ over a phone call, all of the friends are trying to envision their future and a few already envisioned and working on the plans, the narrator tries to capture the probability that ‘who can deny a hot girl any donation’. Chetan and his rhetoric are never done!

Critical Insight:
With mediocre language that sells among the youths and a story that has everything, almost, that the young readers may like to see in a contemporary novel, One Night at the Call Centre tries to present to the readers, in a first-person narrative, the first-hand experience of people working at the call centre and enjoying their lives in the late-night discos and sharing their plans for failed and successful lives. Well, the debut work of Chetan Bhagat has given a hope among the readers that they will get some good books in the future as well. However, the promissory note seems to have expired as soon as Chetan Bhagat has started to write these unworthy novels. The book never comes out from the shadow of girlfriend, boyfriend, false ambition and ‘sex’. It may seem to start on serious notes but the air falls flat the very next moment and we are left with the same sans wit land of choking oxygen scarcity. It hovers within the ambit of these things and fails to engage the readers on a serious level.

Language and narration have disappointed me a lot. The novel should have met editing on serious levels that it has missed badly. This might be because the novel was entirely self-published by the author without any certain interventions by the publishers. Though it is not written in a childish language but it is written in a very bizarre language that might confuse the readers in comprehending the ideas conveyed on many occasions. The novelist seems to have tried to localise his narrative and the attempt has failed with confusions.

Chetan Bhagat is very critical about American policies in his book. The characters compare an American to a 9th-grade student. They conclude that American people are the dumbest in the world. Just think of opposite when an American writer will say the same for Indians. We call them racist. Though these things may have been there in the novel just to make things look funny, the work is popular and it might invite some scrutiny as well.

All things done and otherwise, the novel is just an entertaining story. Even that fails to entertain other than very few occasions and also, only if you are ready to be entertained by things which confuse you rather than communicate to you the originality of thoughts.

Conclusion:
It could have been a novel that might have channelised the youths thinking in a certain way. The lack of conviction in the novelist and many other things that make a novel sound better have ensured that One Night at the Call Centre will forever be remembered as a mediocre and second class novel. Though it has certainly been successful in drawing the readers to thinking about the things they have never cared to think before but it leaves their company in the mid-way and the readers are left bemused with what to think and what to escape. You should have read the novel already if you are also one of the Call Centre survivors or you can be the real survivor and skip the novel or your ‘wellness’ only!

Note: You may be seeing the AMP (fast-loading) version if you are on mobile device. Click the link to go to the full site: Indian Book Critics

One Night at the Call Centre by Chetan Bhagat | Book Review

One Night at the Call Centre is a novel much better if avoided and a little serious if read. You can decide better for yourself. I have tried to detail the things about it above.