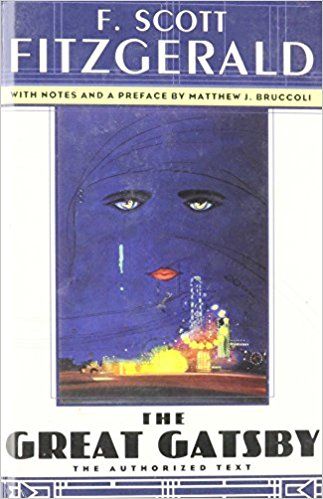 The Great Gatsby, published in 1925 and authored by one of the most appreciated novelists of the twentieth century – F. Scott Fitzgerald, is a novel which recounts a love affair which could not be fulfilled but the sacrifice was ultimately made and the incomplete story remained further incomplete… is too much love really bad? Nick is left with despair and dismay; he is disenchanted and in delusion, he smashes himself on oblivion and leaves the circle that was the soul of the twenties in the USA and other rising parts of the world. Jay Gatsby is the one pillar of the novel who is supported by Nick Carraway.

Party hard was something which was an enjoyed or overjoyed slogan which caught the ears of the people in the jazz-age and The Great Gatsby bases itself upon the same idea of people who would party harder and harder without caring so much about the things otherwise. Fitzgerald has thrown his personal experiences of his presence in different high-profile and yielding parties in this novel which ran on to become one of the most-celebrated writings of the twentieth century. You will see a person who is donning a dubious personality and throwing parties every now and then without showing so much of interest in those himself. You will see a Nick, who is rather a simple person entering his fourth decade on the earth. You will see a woman Daisy Fay Buchanan who is married to Thomas Buchanan but is too eager to reignite her romantic excursion with Jimmy. You will also get to know that her husband Tom is neither a faithful husband having a mistress as well… so, everything is messed up but that’s the way life in the early years of the twentieth century was…

On the critical measures, the novel stands tall! It has a plot which keeps the readers classically engaged and the mystery around the personae of Gatsby is maintained until the end before being revealed. However, Jimmy dies a true lover and we get to know, throughout the novel, that there is a soft side to the otherwise wealthy person, too. Jimmy isn’t obsessed with his love, Daisy; he is just in love with her and that’s all. Daisy, when she realises that she should rather be faithful to her husband despite knowing that he is cheating on her back, does her best to knock out Jay Gatsby of her life but the fate had something else.

The biggest loser in all this is our soft-hearted Nick Carraway! He loses everything but his loss has its charm. And the novel, at the end, is a must read! You can get this masterclass for yourself right now from Amazon India. Click the link below and have yourself a merry read of Fitzgerald’s magnum opus – The Great Gatsby!

The Great Gatsby is a novel which will leave you in awe once you finish it. The fiction by Fitzgerald (F. Scott) is often considered as the magnum opus by him. Read it and get yourself some cool time to spend.