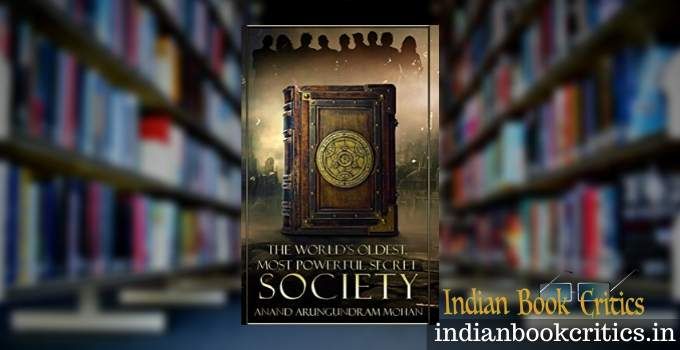 The World’s Oldest, Most Powerful Secret Society is a novel by Anand Arungundram Mohan, an Indian novelist. The novel is purely a result of the novelist’s imagination. It is loaded with humour, fantasy and a story of friendship beyond death. This makes the occasion large and it certainly impacts the readers with its sheer magnificence. However, the novel, as it seems, is mainly for the readers who are teenagers and even younger. Nevertheless, it does not bar the readers or any age. It has a fantastic story, a splendid plot and a grand theme. However, the one thing that lacks, on occasions more than what may be okay, is the way it has been served to the readers. And therefore, the readers who are critically interested in reading and analysing novels might find those points making the novel’s appearance a little dull. For common readers who read to please themselves, there is nothing to do other than enjoying this tale that bridges the past and the present – Ashoka’s 9-men secret society and modern-day 9-children Nifty Nine…

The World’s Oldest, Most Secret Society by Anand Arungundram Mohan should be seen as an entertainer. For casual readers, yes, it is. However, for the readers who want to see beyond the simple threads of the plot and enter into the depths of the theme, there is much more in the novel than the readers can read. While there has been a continuous attempt by the Indian authors (as well as historians) to show that India had a glorious past which was not only rich in terms of cultural beauty but also scientific innovations, inventions and rational thinking. Anand plays that gambit and brings an imaginary scene from the Kalinga Battlefield and ascribes to Ashoka the role of a saviour who, altered by the devastation that war has to go through, forms a secret society of 9 highly qualified men and orders them to prepare a Book of Power that can change the course of the world. What are the secrets? What are the qualities that this book will hold?

Coming to the main plot, there are 9 children, born on the same day, who are friends and form a very chirping group. They are all ambitious and contemporary. However, unfortunately, Gopal, one of the 9 friends, dies one day during a sports event. His death saddens the remaining friends and one among them, Leela, who was very close to Gopal, puts forth the bizarre idea of finding a Book of Power that can bring their friend back. What the hell? You must be thinking about this… I thought the same. Once I read further, it was all fun, surprises and cheers got louder with the novel’s progress. I will not reveal further and I am sure you will love it when you read it.

Commenting upon the technical stuff, I can only say that the novel has been wonderful on all the fronts if I see it as a curious reader and that’s all a reader wants to have in a novel. However, on a serious note, my only complaint with the novelist is that he could have tried to match his imagination with his words, style and the narrative coherence. At times, it seems that the communication between the storyline and the readers break. My long experience in reading the best and the worst of the English literature says that the novel is at least 30% of its original potential and still it is so engaging that it can keep the readers glued until the conclusion. The lack of that 30% might make the readers feel annoyed at times but that is only a rare chance since the novel has an engaging plot. Still, offering it to the readers in the best possible way would have done much better.

To conclude, I will say that Anand’s attempt is praiseworthy and also a must-read for fantasy fiction readers. They will love it because of many things. The story will certainly be one of those. You can get the novel by clicking the link below:

The World’s Oldest, Most Powerful Secret Society by Anand Arungundram Mohan is a novel that rides on the wave of imagination and lands in present India, Hyderabad, where the main event takes place. A fantasy fiction loaded with magic, power, and a secret that you would love to know…