With You; Without You – book review 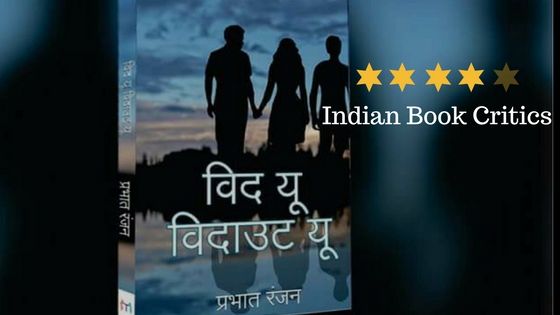 Author Prabhat Ranjan’s debut in the world of Hindi fiction writing has been tremendous because he has been received warmly into the fraternity of the writers and also the readers have shown a great response to his debut book With You; Without You. This is a novel which mainly features the ‘supposed sin’ and ‘sustained agony’ and eventually, a kind of purgatory for one of the characters who is also, luckily, the narrator of the novel. And then, readers can easily guess that the narrator is just the character which might have inspired the author, Prabhat Ranjan in this case, to weave the fiction called With You; Without You. Don’t go with the title, the novel is written in Hindi and the language you will find in the novel is certainly beautiful!

With You; Without You begins with a nostalgic tone and we are taken back around 12 years into the memories of Nishind – the narrator and one of the most important characters in the novel. The story begins in Lucknow where we get to know the essentials and then you will be surprised to see the locations for the narrative because the author seems to be in love with travelling. As I told earlier, the novel can also be seen in the lights of ‘sin,’ remorse and redemption. Nishind is also, throughout the novel, in a kind of agony for some ‘sin’ he has committed 12 years ago.

Major theme in the novel is of love and friendship. The author has based this love story featuring three important characters who are Nishind, Aditya and Rami. They are good friends since the days of their childhood but because of some misconceptions and a ‘mistake’ by Nishind, three friends are separated. Nishind later regrets the same and when fate brings another chance of redeeming his sin, he grabs it with both his hands and tries to get his salvation but the novelist Prabhat Ranjan has other plans in his mind. The novel is full of thrill and twists which you will be loving!

Talking about the critical aspects, Prabhat Ranjan, in his very debut book, impresses the readers as well as a critical reader like myself (and many others will be impressed, I am sure). He has tried to distinguish between love and friendship and he has also talked almost brazenly about love, sex, physical intimacy and its need in life, women issues, issues between husband and wife and so many things which emerge from within our lives on a daily basis. He hasn’t offered anything in the novel With You; Without You which will seem out of the ambit of a general person to you! Moreover, the novel has been written in the Hindi language which is moderate and also an amalgam of English phrases at times which lets us know that the book is meant for the modern content. The novel, other than the narrative and the core issues, is filled up with thrill and suspense which will not let the readers rest unless they finish it. So, get your hands on this novel now and let yourself witness an impressive debut by the author! Get a copy of the book from Amazon India link below:

Prabhat’s With You; Without You on Amazon

With You; Without You - reviewed

A must read book for the lovers of Hindi Literature… the book will never let you rest!