Realistic fiction in India comes with its own limitations and freedom. Readers enjoy realism in contemporary Indian fiction… well, to a large extent that does not go beyond the frontiers laid by authors of repute. Or, in other words, the works that don’t deviate from the templates that benchmark works have carved for the newcomers in Indian English fiction. For example, a work by Chetan Bhagat may be enjoyable only to the extent it sticks to the usual business – it does not deviate from the standards that Bhagat has raised for his writings. Likewise, a novel by Shobha De cannot be expected to do what a novel by Kiran Desai does and, similarly, a novel by Kiran cannot do what a novel by Arundhati does. So, each of the modern novelists has a framework, a structure, a line and also a clearly visible ‘line of control’. Is it good? Well, that is something that readers can think and answer for themselves.

Without losing the signal from our compass today, let me get back to the concern of this article – realism in Indian English fiction. I don’t have any problem with authors depicting the sour realities of India and even bitter and poor taste. However, I do have problems with the authors when they decide to zoom in on problems only and present it in an elevated manner but shy away from providing their version of the truth, their vision or a possible solution. This is what an ideal author should do – provide an alternate scenario against the present scenario that he or she hates so badly.

Idealist perception or an idealist’s view is very balanced if we take into consideration the balance between what it is and what it should have been. Though they might not seem appropriate all the time, the thoughts by an idealist are perpetually targeted towards a pursuit of perfection – finding the way forward to the light, maybe the Sun or even the tiny LED bulb at a distance. Modern novelists, especially, in India, are rather guided by sensationalism and monetary benefit along with accolades and a permanent seat in the eco-chambers designed for the purposes of literary festivals. Lopsided narratives, one-eyed plots, over-ambitious themes… there are many apparent things that a critical reader will find in the works by a few novelists who rather take pride in being expatriates than Indians.

Well, compared to the elite league of authors who are regularly seen in the fancy-dress literary festivals, wearing the self-ironed suits of perfection and agnosticism, I find Chetan Bhagat and Shobha De more reliable because they live in India and witness events and episodes around them to use as diesel in their tempered intellectual engines.

The question is – who don’t these authors look for examples in the works of Raja Rao or R K Narayan or even Matthew Arnold or T. S. Eliot? These literary personalities have proved their worth by producing works of higher importance, being realistic and at the same time, showing the way forward. Contemporary Indian authors can learn a lot of things from these timeless literary giants who are still remembered for the works they produced… However, who can wake them up? People who are pretending to sleep because they have been struck with insomnia of sour and singular realism that sees with one eye…

By Amit for Indian Book Critics 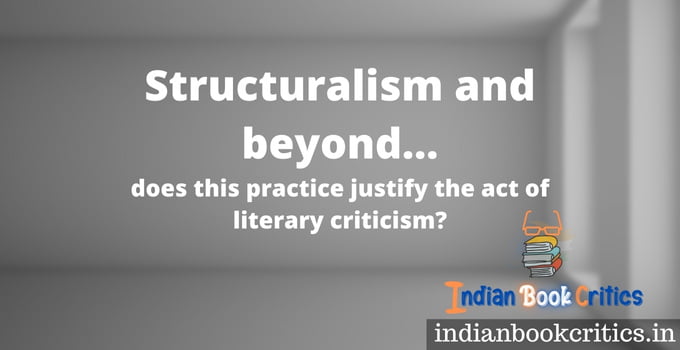