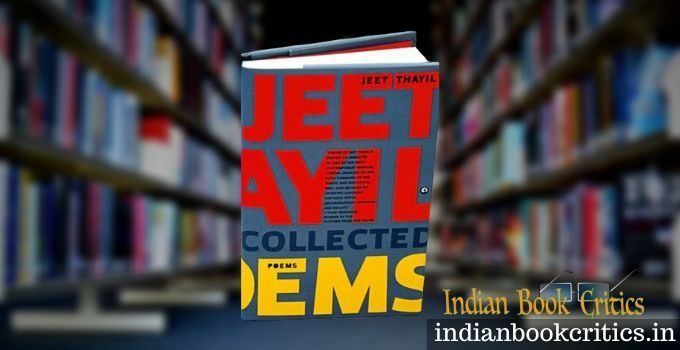 Indian English Poetry, though old enough and deep to an extent, could not produce much that it could permeate its light outside a certain circumference. Golden age, if at all it was, has passed already and we are in the times when good writing hardly gets readers to appreciate and enjoy. So, poetry writing in India (especially in English) has become a subject to conjecture. Still, at times, there are the poets who make their mark and deliver something remarkable that not only gets appreciation from Indian lovers of poetry but also the readers of poetry worldwide. Should we call Jeet Thayil such a poet or not? This question demands an answer that shouldn’t be exact; it may impact both the ways. Cutting things short, I am writing about Jeet Thayil’s collection of poems.

Published in 2015, December, the collection of poems by Thayil contains almost all the poems he has produced before that book. So, it is a comprehensive enough collection to judge the qualities of Thayil as a poet and one may not surprise himself finding out that he does not remain constant with his delivery of verse, seriousness, depth and rhyme. Jeet Thayil is a casual poet who does not care for anything else but his own satisfaction in writing. Is that wrong? You cannot say that directly. Though it is true that a poet’s moral obligation cannot be levied upon him as a social or practical compulsion, still, a poet should display a level of understanding of affairs around himself rather than only singing about affairs of himself. Thayil makes the same mistake.

Most of the poems in this collection, Collected Poems by Jeet Thayil, are ephemeral and narrow in theme. The poet does not broaden his view because one should know that he has seen a time so tough that rare ones can survive. His poems are mostly about how he lived and with whom, where he went and what he ate, how he spent his childhood and so on… it is good for those who like reading personal poems. However, those who like reading serious poetry, Thayil’s collection will hold not much merit. His complete disregard for seriousness in his content and selection of themes does baffle me, as a poetry reader as well as an admirer of his poems (from outside). Thayil certainly could have been done much better as a poet than he has already done.

To conclude, I will say that his poems are sparking at moments. The moments are, however, rare and readers will appreciate them and crave for more. Thayil is splendid when he writes freely but with an approach that takes him away from his personality and an excessive personal exertion in his lines (or read it thoughts). Jeet Thayil that impresses very much as a novelist does not impress so much as a poet and I believe that it is only because of his constant publications, he has been in the game. Otherwise, poets like him and with his qualities are forgotten so easily. I hope he bounces back with something wonderful and proves me wrong in his future publications.

You can grab a copy of Thayil’s poetry collection from Amazon India. Click the link below:

Collected Poems by Jeet Thayil is a 2015 publication by Thayil that contains most of his poems published before 2015. A poetry collection that is mainly for the eccentric readers of poetry, is hurried and blurred; it lacks constancy and seriousness.