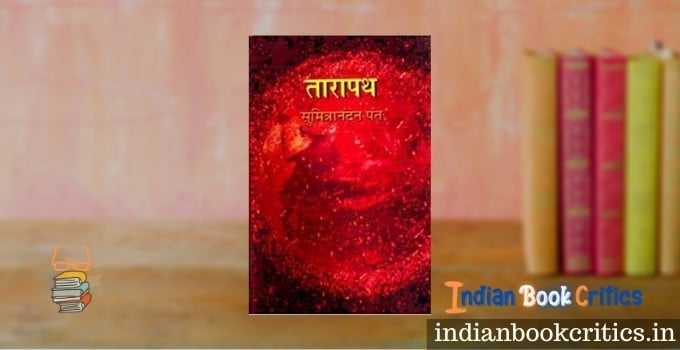 Hindi Literature in India, of course by Indians, has been closely associated with the idea of Indianness, something that we have been debating for a while now. The language, as it is very close to the mother language Sanskrit, the writers, the readers, the overall literary transaction that occurs between the authors and the readers – everything about Hindi literature seems familiar, native and Indian. This experience of Indianness or the emotional affiliation comes naturally to the readers because they read in the works of Hindi authors whatever they have been reading, learning, realising and living. And, at the same time, the things that are there in the books of Hindi literature are never stale, redundant or repetitive. Today, I am going to write about a collection of poems by Sumitra Nandan Pant, Tarapath (तारापथ). Tarapath is a collection of poems composed by one of the tallest literary figures in India and Pant’s poetry captures the essence of the idea of India – from the bottom to the top, from East to the West, from South to North and so on…

Right at the beginning of the book itself, the critic or the editor who has written the introduction to this edition, Doodhnaath Singh, has put ‘Sampurnta Ka Kavi’ as the title of this note and you can read this long, rather longer, introduction to get a glimpse of the various shades that Pant has decorated his poetic canvas with. The introduction also throws light on various movements during the years of Pant and other poets of the same school – Chhayavadi (to an extent, Romantic).

Sumitra Nandan Pant’s poetry celebrates nature, celebrates humanity, human relationship with fellow human beings, flora and fauna, devotion to Gods and there is a certain beauty that decorates all his verse – something that can be felt by those who have been brought up on the land called India, with all its might, glory, civilisation and also the problems. Pant is inspired by what he sees around him, he is also inspired by what he does not see around him and would like to see the same.

Tarapath, roughly translated to the path of the stars, says too much about Pant’s poetic journey as well as the journey of Indian literature which has been continuous for a very long period. He laments, questions, celebrates, sings, mourns… he acts all the possible roles that a poet can ever do. For an instance, he questions the celebration of Taj Mahal in these lines:

To end the review of this immortal and yet forgotten (almost by general readers except for those who are interested in Hindi literature to the depths) collection, I would like to quote the lines from his poem on page number 92 in this collection:

You can get this poetry collection from Amazon India and enjoy the poems by Pant, dipped in the ideas that constitute the very core of Indianness in Indian literature. Get a copy today and let yourself have a taste of some of the best poems ever produced in Hindi. All the best!