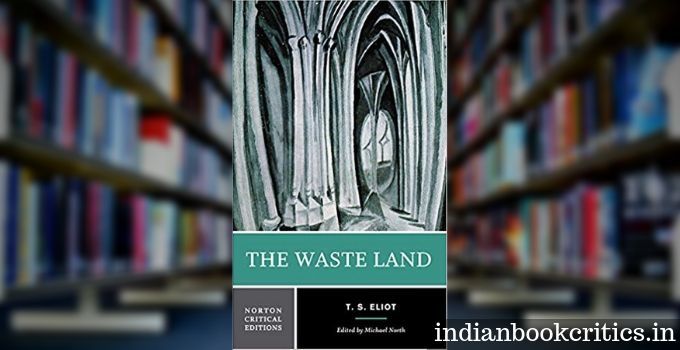 T. S. Eliot’s most important contribution to English literature was undoubtedly his art of free verse (though it was the ablest) that opened the doors of poetry writing for the poets with imagination and thoughts but no love for form and traditional lyrics and narrative. All this dawned with the publication of The Waste Land in 1922. It was sure for many scholars and literary personalities of that time that Eliot’s production was going to become the most-debated literary work of the 20th-century, at least the first half. Neither Eliot’s free-spirited exploration of imagination nor the same of the followers of Eliot died, however, even today. The Waste Land is still, perhaps (only if you can give any other example), the most-discussed piece of poetry in the history of English literature – not only the 20th-century. Such was the magnitude of Eliot’s sour imagination based on the delusional realities!

The Waste Land is a 434-line long poem. It has five parts. The Burial of the Dead is the first part. It is marked with despair in the atmosphere. There is no rain in the months of rain! Vicious fear and loss of faith are in the people’s heart. There are many allusions that Eliot has used in the first part and throughout the poem. The second part is A Game of Chess. A Game of Chess, the second part, brings the past and the present together. Eliot tries to emphasise that we have learnt nothing from our mistakes. The increasing mechanical lifestyle in those days, which was new, finds its reflection in the lines by Eliot. The Fire Sermon, the third part of the poem, takes the readers further deep in the ‘unreal city’. Modern problems peep through the lines of Eliot. The holy river is no more holy. Pollution, problems, nostalgia… And we move to the fourth part – Death by Water that takes us to the mythology of Phlebas. It is the shortest part of the poem extending to 8 lines only. The fifth and the final part, What the Thunder Said, is perhaps the most important part of The Waste Land. It gives the readers some hope and also tries to show a path that can lead us to peace. Shantih Shantih Shantih – perhaps the most famous ending of any poem written in English!

T. S. Eliot’s style is like the free-flowing river – finding its way where it finds its way and nothing stopping the free flow. The Waste Land begins and ends emphatically. The beginning sows the seeds of despair. The ending pacifies the readers with a hope for peace. The learnings from various sources including Brihadaranyaka Upanishad find their best possible places in the poem – at an appropriate interval so that the readers can have a side-by-side view of the depth of despair and the magnanimity of the sources of the solution. Rich in imagery to an extent that it actually intensified the complexity of the poem, The Waste Land was so vast that Eliot had to supply notes with the poem!

The readers who love reading poems will find this one wonderful. Academic readers have to read it anyway! If you are new to poetry, reading The Waste Land might confuse you and you will need to take help of the supplied notes by Eliot himself or other sources.

The book is available on Amazon India. You can get a copy from here:

Imagery-laden, allusion-pumped and heavily loaded with the intellect of Mr T. S. Eliot, The Waste Land is perhaps the most popular poem written in the English language. Irregular in rhyme and lyrics and absence of any form make this poem equally wonderful… if you haven’t read this, you have missed a world already!