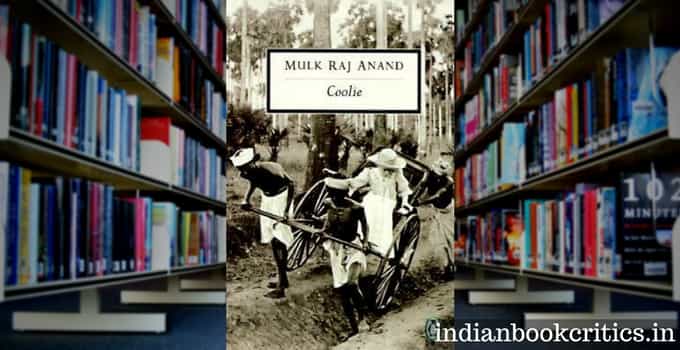 In the previous article, we have reviewed the first among the desi classics we have picked for reviews recently, The Guide by R. K. Narayan. Today, I will review Coolie by Mulk Raj Anand for the readers. Coolie is certainly a title which we include in our conversations, casual or serious, when we talk of the classics in Indian English fiction. Centred on a teenager, Munoo, Coolie is a novel which inspired different debates and discussions about the caste system in Indian society. It presents a destructive picture of the social system – we stood divided when we had to unite and fight against the tyrant rulers. The ugly face of the British rule is also presented vividly in the novel.

I would just add a reminder – the story in a nutshell:

Munoo is a poor boy who is an orphan. He reaches town to town to find survival and in various places, he gets rejection and dejection. Just because he is poor and a lower caste person, he is rejected by the society of ‘sophisticated people’ almost everywhere. Working for a British, in the end, he dies of a disease leaving so many unanswered questions for us.

Critical insights:
The language used by Mulk Raj Anand in his, perhaps the best, novel Coolie is not very heightened or sophisticated. It is localised and Indian to a great extent. People who read it can relate to the text as well as the medium in which the text is served to them. Unlike the language of R. K. Narayan or even Raja Rao, the novel seems more and more ‘local’ in the terms of language and word choices and even the writing style.

However, the way in which is Anand projects the caste-divide and the injustice to the protagonist can be juxtaposed with the constructive and creative handling of almost the same theme in Kanthapura by Raja Rao. Anand shows the folly and leaves us stunned; Raja Rao shows the folly and tries to present a possible solution to it – by the call for change from very much within the society.

Realism plays a very important role in the novel. We get to know Munoo very closely and we know him in details. Just like his novel Untouchable, Anand has given a ‘wide-realistic’ finish to his novel Coolie. However, the fiction meets only grim realism and the seamy side of the life. It does not deal with the plural imagination but only with the singular reality.

In the end, the novel is popular only among the academic circles today. Because it lacks the creativity and the entertainment, readers won’t find it fitting in the contemporary reading fashion and that’s why we see it mentioned only in the syllabuses of the universities…

If you want to know the things of past and the bitter realities of British India, you can read the novel and find yourself some facts. However, you won’t find anything more than that – it’s a realistic fiction and that’s it.

Get a copy of Coolie from Amazon – Penguin – Buy Now