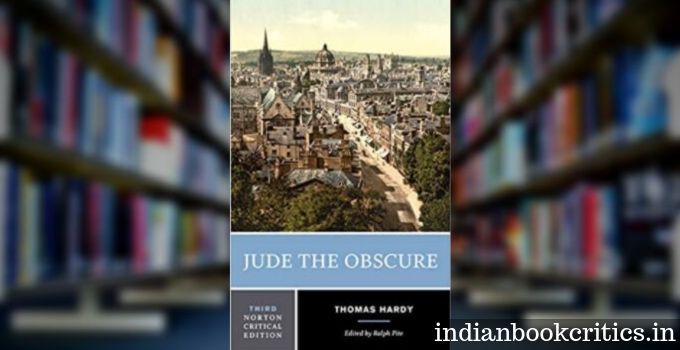 Jude the Obscure is a novel written by Thomas Hardy and it was published as a novel form in the year 1895. Like many other novels by Thomas Hardy, Jude the Obscure also takes a theme of love and tries to conclude it and just like many other works by Hardy fail to deliver a conclusive conclusion, here also, he matches his distrust for the society and ‘organisation’ to the conclusion of his novel. Jude Fawley and Sue Bridehead are the central characters in the novel and Jude’s actions, thoughts, life and his eventual death are further centralised to the theme. Christian beliefs, the questions of morality and also the dogmatic attitude of the Victorian Era are the chief elements of the plot. As a novel, this is interesting for the audience of the day; however, it was not very ‘suitable’ for the direct audience of Hardy and they lampooned Hardy’s ‘incestuous’ and immoral acts of ‘love’ in the novel.

The novel begins with Jude and ends with Jude. However, in between the beginning and the end, there are many things that Thomas Hardy, the novelist, has brought in. Sue’s character has been portrayed as a free-spirited woman who takes things lightly and is not afraid of being judged for her morality or anything else. On the other hand, Jude is shown as a man of morals and a believer in religion. When they meet in Christminster and eventually fall in love (being cousins) with each other, eventually, their only morality is being in love. However, they only could understand it before Jude’s acquaintance and a teacher, Phillotson, persuades Sue to marry him and she obliges. The marriage cannot stand long as Sue is afraid of having sex with her husband and she does not believe too much in marriage as an institution either. She falls back for Jude and comes back to live with him and Jude gets her agreed to have physical relation and they eventually have two children.

Far more serious than these things, the novel raises several questions. What is marriage? What is love? Is love free? Why does love need social approval? Why does society think one kind of love as valid and legal and another as invalid and illicit? Thomas Hardy’s Jude the Obscure is not very obscure to be understood. His frustration comes out in the form of Jude and Sue and he tries to assert that happiness in each other’s company is love and there should be nothing that may stop that. But, after the miscarriage of their third child, Sue is shown as returning to the fold of Church and see her life from a religious perspective and ‘realise’ that she has committed a sin by leaving her husband and by being physically intimate with her cousin. This is the thing that Hardy tries to question. Hardy questions that morality that forbids someone from being in love with a person.

Technically, the novel is sound and interesting. It is perhaps one of those few novels by Hardy that is interesting in content as well as in abstract. You cannot ignore this piece and neither can you skip pages here. You have to go through it honestly and minutely. Jude’s story might arouse sympathy in you. Get your copy from Amazon India and read this novel now:

Buy the novel – click here to go to Amazon

A novel that questions the beliefs and rigid ideas… a novel that sees love being sacrificed to God… an interesting Hardy masterpiece that you must read!