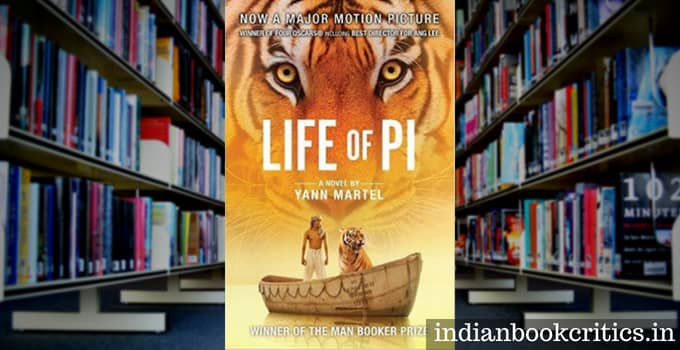 If you feel stories involving animals are a thing for children, reconsider your opinion. Life of Pi, a book on the genre of fiction, is about the story of a courageous teenage boy who, by the turn of fate was trapped in a lifeboat in the Pacific Ocean, along with a tiger. This book renders the readers with a magical experience, where the readers soak in the adventures of the narrator and the plot keeps them hooked until the end. With a boasting figure of seven million readers, this book was published in the year 2001 and authored by Yann Martel. It has been received very well all over the world and has been translated in over 41 languages.

Life of Pi is the story of a 16-year-old boy, Piscine Patel whose father owns a zoo in Pondicherry. Pi has spent his entire childhood there. As he has grown up with wild animals in the vicinity, he has an expert knowledge of animal behaviour. He and his brother are often seen helping their father at the zoo. Pi’s parents make a decision of closing the zoo and settling in Canada. Pi sets on a journey with his family, from India to North America on a Japanese cargo ship to start a new life. Accompanying them are their animals. But, they encounter a terrible storm on their way and the ship sinks, in which Pi’s parents and all the sailors die. Pi finds himself stranded on a lifeboat in the Pacific Ocean with a hyena, an orangutan, an injured zebra and a 450-pound Bengal tiger known by the name of Richard Parker. Petrified of the animals, Pi jumps into the ocean but then recalls that there are sharks in the water and therefore he climbs back into the lifeboat. But there too, he witnesses several killings. The hyena killed the zebra and the orangutan, and itself got killed by Richard Parker. Now, Pi has to survive with his beastly feline companion. Will he be able to use his wits and knowledge to keep himself alive? The story progresses and narrates the ordeals which the boy had to go through and the lessons learnt. Surviving a carnivore as well as hunger, Pi, a lone warrior, struggles in a lifeboat for 277 days, being challenged by fate at each and every moment. This story will make you believe in God.

Yann Martel, a Canadian author, best known for Life of Pi, is the author of other novels like ‘The High Mountains of Portugal’ and ‘Beatrice, Virgil and Self’. He was born in Spain in 1963. After graduating in philosophy, he was engaged in a number of odd jobs before taking up writing as his profession.

Review by Ranita Mukherjee for Indian Book Critics
Ranita is an engineer who is taking a course in freelance writing because she keeps indulging in words more often. A movie buff, she also loves chocolates!

The reviewer finds the book engaging, persuasive and communicating… it talks to you in a sense which is obviously more than mere written words! A must-read… a modern classic!