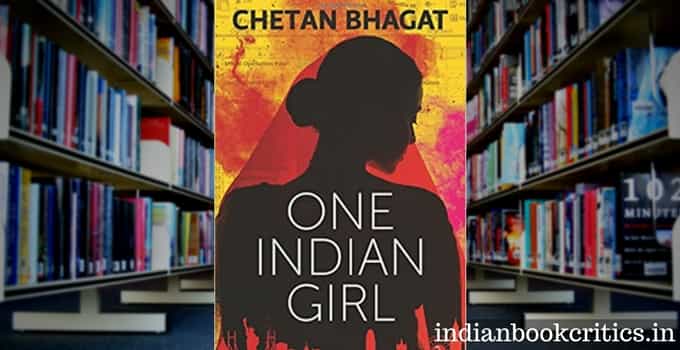 Chetan Bhagat’s last novel (perhaps) One Indian Girl has been peddled as ‘a handbook for feminists’ and ‘an improvement over Half-girlfriend’ and so on and so forth. Real readers, however, had different reviews for the book. The ones who have seriousness in their reading style have caught the loopholes in the book and the ones who are ‘just excited’ to read Chetan Bhagat have praised the book without even caring for what they are praising after all! So, One Indian Girl has brought Chetan Bhagat a mixed response and he has been there as a bestselling author as ever. What’s the deal? What really is this One Indian Girl? Finally, I decided to read the book so that I could have it reviewed on Indian Book Critics platform because several readers have written for this. Here you go.

“The editors at Rupa, for their relentless attempts to make the book better.”

Chetan Bhagat acknowledges this fact at the very beginning. However, even the ‘relentless attempts’ could not make the book any better as the editors cannot, unfortunately, fathom the psyche of the author who writes the book. They can, at the best, improve the silly mistakes and some stylistic improvements only. Well, leaving the sarcasm behind, let’s get into the depth of his novel.

Radhika, the protagonist of the novel, boldly announces at the beginning that she has had sex as if that adds weight to Chetan’s feministic ism. Radhika is designed in a way that she seems to the readers a girl who has her say on all the occasions which go on building her life in several blocks. She earns good; she lives in a foreign country; she is a free thinker; she decides what happens to her. Very brave and very bold, indeed!

She has two lovers in different slices of time – Neel is the later one and Debashish or Debu is the former one and she ends up marrying the third one called Brijesh. The predictable storyline of Chetan Bhagat can seldom get out of the IIM-A and Facebook and Goldman Sachs. His idle woman explores ‘a lot’ giving him the chances to write the exciting ‘on-screen’ romance which could bag his bags later. The corporate fiction that Chetan ji tried to build in One Indian Girl falls flat – this is common!

Indians too know what you are trying to mention, Chetan! And as his characters are from the highest possible point on the middle-class hierarchy, does he expect them to care whether a girl had sex or not? Brijesh, who works in Facebook on a reputed position, does he not know that a girl or Radhika’s status could have had boyfriends in the past? So, what’s the fuss about? That’s a simple boring story we get to read every next day on Amazon by many authors who try to imitate Chetan…

The hit & miss:
What Chetan was trying to do is indeed a noble job. He was trying to enter inside a woman’s head and see what’s happening but merely by interviewing people and them opening up in front of him, it could never be done. I am reminded of Jane Eyre once again. What a beautiful search for self-conscious that was and through a route much larger, wider and relatable. The route which somehow comes to a point where a body could be piled up over or under another body is certainly not the way to do it! Writing a novel and writing a novel for the screen are two different things and I am happy that Chetan perhaps realised it lastly!

If you really want to read the novel, you can get it from the link below (Amazon):

One Indian Girl on Amazon India

One Indian Girl is a novel which could be a benchmark in Indian fiction but Chetan Bhagat reduced it to a mere bookmark!