The Powerful, The Powerless by Shiva Dhuli – Book Review 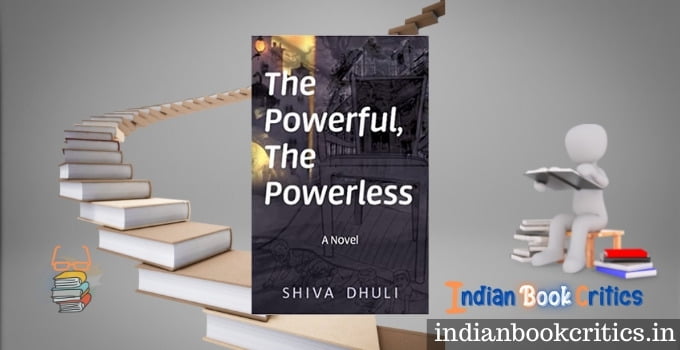 The title contains the central idea of the novel – one set of characters is powerful and another set is powerless. However, in this world that we inhabit, nothing is absolute. Even the fairest of us all have slight darkness embedded in our hearts or enshrined in our thoughts. In this novel as well, you will find the shifts – power may be a quantifier but certainly not the qualifier. Mr Shiva Dhuli has written about the eternal powerful class in the Indian society – the politicians and the eternally suffering class – the common population.

The story in a nutshell:

The novel begins with two powerless people. Two patients lying side by side, on different beds in the same hospital room and waiting for some miracle so that they can get their names on the list of patients qualified for kidney transplants. However, the story lies somewhere in between waiting for transplantation to getting the transplantation done. Bharat, the patient with a story, narrates the events he has lived to his co-patient named Pashupathi. From a ragpicker to a well-educated person, with the support from some politicians, and then a professor – Bharat has a very motivational story to share. However, when he comes into the purview of a probable political exposé, Kanskumar shatters the nice little world of Bharat with his power exhibition, Bharat’s beloved Sitara is murdered and Bharat is framed with abetment to suicide. The powerful wins the battle… however, was it all so simple? What circumstances push Bharat into such a pathetic situation? How can a professor who braved all those ‘convenient limitations’ to come so far in his life be defeated as simple as that? The same mystery has been protracted wonderfully by Shiva Dhuli into a lengthy novel.

The political class of an imaginary country has been shown in its tatters, corrupt and incessantly bad. The working class, labour class and even the educated class of citizens have been shown as people suffering from a, b, c or d issues. In short, the imaginary country that has been portrayed in the novel justifies the title of it, The Powerful, The Powerless. One chance of redemption comes to the opposition which is supplied by Bharat in the form of evidence collected by Sitara, ensuring that the current ruling party and leaders are not only corrupt by murderers as well. However, Kansakumar’s opposition party keeps busy looking for chances to topple the government and form one. So, the powerful are struggling for power and the powerless are suffering. Names of the characters might be seen as signifying many things, important and significant. Who can represent evil and injustice better than Kansakumar? Look for the dots and match those.

I enjoyed the novel. The story is very interesting and also important. The novel is, by all means, a serious English novel produced by a novelist with eyes for imagery and details. The White Tiger by Aravind Adiga also portrayed the struggles of a person from the dark and his attempts to get into the light. This class conflict in The Powerful, The Powerless has been portrayed in a very different tone. Adiga’s novel might be deemed as a display of gore while Shiva Dhuli’s novel can certainly be deemed as a work of literature displaying the eternal suffering of the helpless who depend on others with the power to redeem them from their miseries and yet keeping the storyline alive from both the sides. However, as you go deeper into the story, you can stay with it only if you are interested in the novel-reading practice and can bear some serious stuff. If you are one of those quick-readers enjoying thriller and sensual writings by Bhagat and others, you might find it slow and unmoving at times. Yes, on the flip side of it, young readers might find it alienating because everything in the novel is cryptic at times and no general idea might be easily and readily available for someone to understand the undertones.

Overall, an impressive work that might be a little balanced in terms of the portrayal. Anyone who reads the novel will surely align with the views shared by the novelist, at large. You can get a copy of this novel from Amazon India and enjoy reading it any day. It’s not a weekend piece.

Buy the novel – click here to buy from Amazon India

The Powerful, The Powerless by Shiva Dhuli – Book Review

The novel will take you into two different worlds, one of those who have power and one of those who are powerless. The journey of a powerless into the world of power and subsequent consequences that one can seldom avoid… a must-read serious fiction!