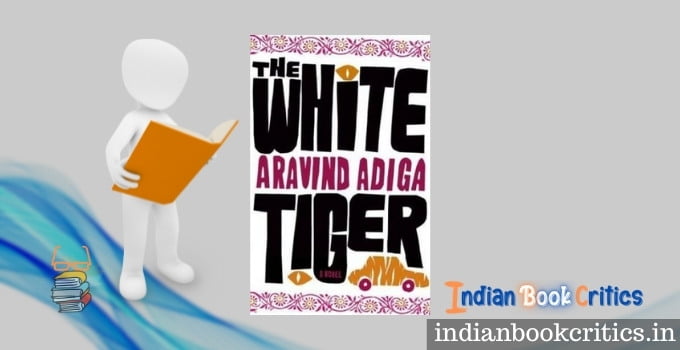 Aravind Adiga’s masterpiece, the Man Booker Award-Winning novel of 2008, The White Tiger, has attracted many readers, book critics and experts in literary criticism for many reasons. While the first (and the most opted for) reason lies in its being a booker award-winning novel, other reasons are many including a bold and dark style of Adiga that almost invited a full-fledged revolution on the horizon of contemporary writing. He made a villain into a hero and weaved a full-length (or rather lengthier than it should have been) novel around him – Balram Halwai.

“Aravind Adiga’s success lies in bringing a hero who is rather a villain and who represents the frustrated people with ambition (and no education because of many active and passive reasons).”

Writes a critic for Indian Book Critics while analysing the work by Adiga in an analytical article. To an extent, I concur with the analysis. An anti-hero or picaresque style of narrative is used by the author in this novel and Adiga, the author, tries to justify the black or the dark acts by the protagonist, Balram Halwai – acts such as murder and robbery.

The novel provides a dark and gore, tragically humorous perspective of India’s class struggle in urging to go global economy. Balram Halwai, a village boy, thinks about his life in comparison with others and ruminates that he is on the darker side and others (the richer) are in the light that is enjoyable. Adiga has come up with a new perspective that utilises a universally acknowledged struggle between rich and poor. However, in his novel, the rich are slandered in a generalised way without being too clear about the reasons. And therefore, the novel entertains to a certain distance – as far as the readers enjoy a poor villager playing as a victim who has imposed too many guilts upon himself. However, after a certain time, readers might experience that the author has intentionally tried to force certain sections of Indian society to stand as alleged criminals in the courtroom where the author himself plays the judge, the jury and the witness.

On a critical note, The White Tiger signifies a shift from the usual narrative mentioning the good and the bad and the eternal struggle to the supposed good and the supposed bad and the struggle of various kinds that travels through the twists and turns of perception. Modern readers want to read such novels that show poor people rise to the heights of achievements and possession (and, likely, the readers love them when they fall and bite the dust). However, this novel, as many critics have pointed out, also indicates that the age of perception or propaganda based novels has dawned in the 21st-century in India. Novelists like Kiran Desai, Arundhati Roy and even Amitav Ghosh write with a certain preoccupation in their thoughts and that might mar the overall impression of the novel upon the readers as well as the critics.

Technically, Adiga has empowered his anti-hero narrative with passion, ambition and a cause. However, to compensate for his drive, he could not elevate his language and diction to that height. However, this novel has been appreciated by critics of a certain section because it has tried to highlight the loopholes of society in an explicit manner. It will please a section of the readers while disappointing many of them… At the end of the day, the book is open to interpretations and that is why many have appreciated it and a distinct jury has decided to award it a prestigious award in the world of literature.

The White Tiger is a novel that is known more because it has a booker against its name and on its cover, at the top, rather than literary qualities. Yes, it tells a tale that seldom is told by the authors but that doesn’t conclude itself properly… you will find that in Chandan’s arguments.